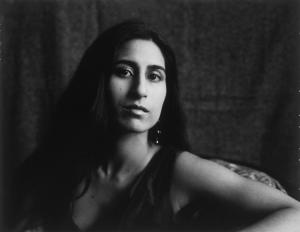 I am a political theorist with a focus on Critical Theory, the Frankfurt School, Western Marxism, and more recently, on the relationship between somatics and politics, and the role of contemplative and sensate pedagogies and methodologies in Political Theory.

My current manuscript, A Political Economy of the Senses, addresses the changing relationship between economy and politics in the context of neoliberalism, and argues that dominant strands of progressive political theory (above all post-Marxist radical democratic theory and neo-Marxism) have in distinct ways misrecognized the extent to which neoliberalism inverts the relationship between politics and economy derived from classic liberalism, while nevertheless exploiting the persistence of liberal models as a way for making sense of our political worlds.  Part I of the manuscript explores how, on the one hand, formalistic and ahistorical concepts of "the political," such as those put into play by post-Marxist theories of radical democracy, unconsciously serve as a mirror image of neoliberal formalism, which offers the "autonomy of the financial" as the counterpart to the radical democratic "autonomy of the political." On the other hand, neo-Marxist theories of political economy contribute to the obfuscation of the neoliberal relationship between the economy and politics by neglecting the experiential dimensions of political economy, focusing too heavily on the dynamics of capital without sufficient attention to questions of perception, sensation, and the translation of capital into experiential and subjective terms.  As an alternative to these approaches, Part II of the book resuscitates the concept of reification from the critical theory tradition as a critical tool for thinking through the specific ways that neoliberalism promotes forms of depoliticization in contemporary society.  Part II explores how reconstructing critiques of neoliberalism through the lens of reification can illuminate contours of resistance to neoliberal democracy that engage both the level of political economy as well as the more sensate, experiential dimensions of subjective transformation.  Part III explores the perceptual and experiential dimensions of capitalist reification, through studies of contemporary artworks and social movements.  I look at works by artists including Oliver Ressler, Zanny Begg, Claire Fontaine, Jason Lazarus, and Mika Rottenberg.  I also explore the ways in which contemporary social movements, such as Occupy Wall Street, that challenge the social and political logics of neoliberalism have engaged the experiential, somatic, and perceptual dimensions of capital as part of their critical practice. These artworks and social movements engage the tensions and contradictions of structures of neoliberal capitalism at the subjective, perceptual level through strategies of distantiation and defamiliarization, structurally positioning the subject in uncomfortable, or even impossible locations of desire, practical orientation, and observation. The result is an experiential critique of capital that goes beyond the merely cognitive critique of reification offered by the classic critics of capitalist reification discussed in Part II of the book.

Beyond the manuscript, my recent work focuses on issues of embodiment and the role of embodied methodologies to studying the political.  The theorist Judith Butler uses the term “sensate democracy” to describe the notion of a kind of democratic practice that runs through the channels of embodied existence and that inheres in the textures, sounds, and pulses that may escape our typical registers for counting politics. Scholars such as Butler, Jacques Ranciere, and Davide Panagia, among others, have in different ways showed the significance of attuning to the micropolitical registers of social life that bear on the level of sensation, in all of its manifold expressions. This work is in important ways related to the work that has been done on issues of embodiment and its relationship to thought and action, by scholars focused on pragmatist aesthetics such as Richard Shusterman, for it is only through the experience of the body that one has access to sensation.  My current research extends the insights of this important work to argue furthermore that embodiment should be seen as a problem of scholarly method as well as an object of social inquiry. I suggest that there are limits to the extent to which one can explore embodiment in a reflective way without actually engaging in disciplined embodied practices oneself, that is, without engaging in inquiry about how embodied experience conditions and constitutes scholars’ own observations about politics. As such, I take a pragmatist orientation to embodiment and its significance for political theory by exploring  specific movement practices, including Continuum Movement, Biodynamic Craniosacral Therapy, and Open Source Forms, three practices that are engaged in working with the interface between the somatic and mental registers.

Finally, I am also currently working on a series of essays on the creative process of scholarly production, currently entitled “The Scholar as Creator.”  Beyond my scholarly interests, I am also a cellist, singer, composer, and creative writer.