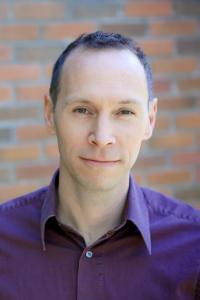 My scholarly work investigates the ideas and institutions that came together to construct today's Europe; comparisons between the European Union and American federalism; how divisive issues like the authority of the EU affect political parties and democratic representation; and some thorny questions in the philosophy of science and qualitative methodology. My first book, A Certain Idea of Europe (Cornell University Press, 2003, winner of the International Studies Association’s Alger Prize for the best book on international organization in 2003), focused on how certain political principles out-battled others in the construction of the European Union. My second book, How to Map Arguments in Political Science (Oxford University Press, 2007, APSA Giovanni Sartori Prize in Qualitative Methods, Honorable Mention), offers a comprehensive framework for organizing substantive explanations in political science. I have also led three co-edited-book projects, respectively on EU politics (Oxford University Press, 2005), immigration in Europe (Cambridge University Press, 2006), and "constructivist" political economy (Cornell University Press, 2010), and authored an introductory textbook, Introduction to Political Science: How to Think for Yourself about Politics (Pearson, 2017, second edition forthcoming). My main current research considers how and why the EU has constructed a "Single Market" that has removed many internal barriers that persist in the United States, and includes collaborations with Andy Smith at Sciences Po Bordeaux and Matthias Matthijs at SAIS Johns Hopkins. I also have a long-running collaboration with Till Weber (Baruch College CUNY) on how political parties manage multiple, cross-cutting issues in Europe and the United States. In the medium-term future I'm planning to write a book on philosophy of science tentatively titled Competitive Pragmatism.