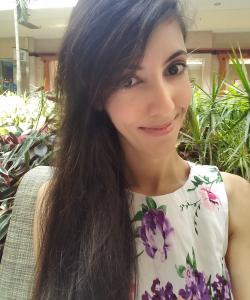 Haifa Souilmi has a Bachelor Degree in English Language, Literature and Civilization ( University of Carthage- Tunisia) and a Master's Degree in American Civilization (University of Mannouba). Her master' s research was on the Politics of Obamacare  and healthcare reform on the U.S. She taught English, French and Drama in Poland, Turkey and Tunisia. In 2015-2016, she taught Arabic at SIT Graduate Institute in Brattelboro, Vermont as a Fulbright Foreign Language Teaching Assistant. Upon her return to Tunisia she helped translate peace education books, established her own NGO and taught Arabic to American students at SIT Study Abroad in Sidi Bou Said -Tunisia. While in the U.S. She also took classes in peacebuilding and conflict transformation, politics of English , conflict and identity and youth leadership program design. In 2017, she participated in the CONTACT program at SIT Graduate Institute and facilitated workshops on identity , conflict and Drama for Social Change for two youth summer programs in Brattelboro and New Haven with participants from the Middle East and the U.S. In 2018 -2019, she studied interfaith dialogue at Hartford Seminary as an International Peacemaking Program fellow. She also helped lead dialogue sessions, led drama for social change workshops , spoke at interfaith events and worked as a social media coordinator.

She is interested in Politcs of the MENA Region, Democratization, US Foreign Policy,media, peacebuilding and conflict transformation as well as International organizations. She speaks Arabic, French and English fluently.