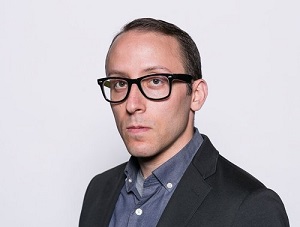 I am a political theorist specializing in the history of Anglo-American political thought and contemporary democratic theory. My work applies contemporary democratic and critical theory to issues of political extremism, citizenship, and popular democracy in American political history and today. I have previously taught at Bucknell University, Saint Joseph’s University, and Rutgers University.
My current research addresses the important but under-examined question of how extremism, fanaticism, and zealotry shaped popular democratic politics (i.e., practices that aim to deepen and expand political equality) in the American Founding era. Through studies of the early memorialization of the Boston Massacre, popular debates over Shays’s Rebellion, the thought and practices of the Democratic Societies, and the use of the French Revolution in American political debate, my work challenges conventional interpretive approaches to the history of the American democratic tradition and draws out new implications for theoretical approaches to contemporary American democracy. Since the American Revolution, democratic theorists have often presupposed that dispassionate rationality, reciprocity, and nonviolent tolerance are necessary conditions for the sustained development of democracy. Intractable oppositional parties that reject frameworks of consensus, terms of mutual respect, and use force to accomplish their political goals are often excluded as irrational antidemocratic extremists outside the bounds of legitimate political contest. My work problematizes this exclusion, offering new insights into the divisive and violent nature of democratic politics in the American polity.
© 2020 University of Oregon. Privacy Policy. Developed by Development Services
Subscribe