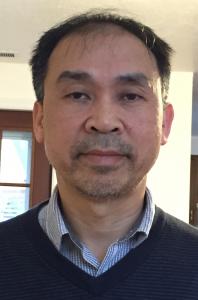 Tuong Vu has been on the faculty of the Department of Political Science since 2008. He has held visiting appointments at Princeton University and the National University of Singapore, and has taught at the Naval Postgraduate School in Monterey, CA. Vu’s research concerns the comparative politics of state formation, development, nationalism, and revolutions, with a particular focus on East Asia.

His latest book, Vietnam’s Communist Revolution: The Power and Limits of Ideology (Cambridge University Press, 2017), focuses on the evolving worldview of Vietnamese revolutionaries and shows the depth and resilience of their commitment to communist utopia in their foreign policy. The book challenges the conventional understanding of the Vietnam War and the Vietnamese revolution.

His earlier book, Paths to Development in Asia: South Korea, Vietnam, China, and Indonesia (Cambridge University Press, 2010), presents a systematic comparison of six Asian cases combined with an in-depth analysis of Vietnam and Indonesia based on primary sources. The case studies demonstrate that patterns of state formation had decisive impacts on subsequent developmental performance. This book received an Honorable Mention in the competition for the 2011 Bernard Schwartz Book Award of the Asia Society. Link:

Dynamics of the Cold War in Asia: Ideology, Identity, and Culture (Palgrave Macmillan, 2009; with Wasana Wongsurawat of Chulalongkorn University). This book examines the ideologies and identities of Asian actors across Cold War camps and asserts their central role in the Cold War drama in Asia. Link: http://us.macmillan.com/dynamicsofthecoldwarinasia/TuongVu

Southeast Asia in Political Science: Theory, Region, and Qualitative Analysis (Stanford University Press, 2008; with Erik Kuhonta of McGill University and Dan Slater of the University of Chicago). This volume takes stock of scholarship on Southeast Asian politics and calls for dialogue between Southeast Asian studies and the political science discipline. Link: http://www.sup.org/book.cgi?id=10508

Vu has published on many journals and edited volumes:

Selected chapters in edited volumes include: